Moeraki has many tourist attractions and travel activities with something to suit all ages, tastes and budgets. From adrenalin-pumping adventure to a relaxing day out, you need never be bored in Moeraki. 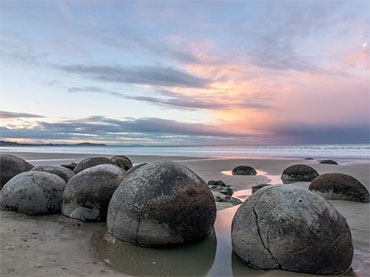 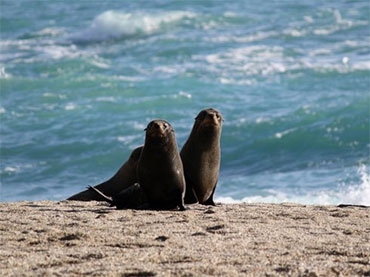 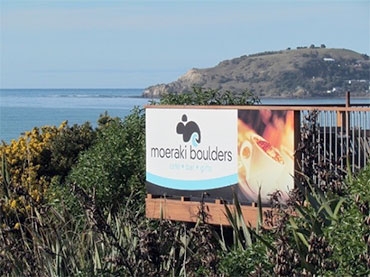 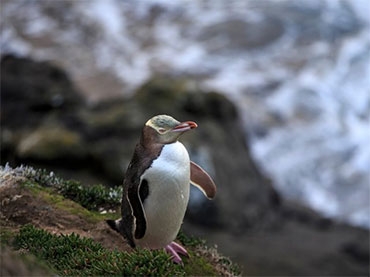 About the Yellow-Eyed Penguin

The yellow-eyed penguins are the rarest in the world. Their Maori name is Hoiho, meaning noisy, and they have a life span of 18-20 years. The best penguin viewing is the two hours before sunset as the birds return to the shore after a day's fishing.

In the 1980s a team of volunteers planted trees and created a habitat at Katiki Point in an effort to help save these birds. In 1991 the first eggs were laid and now there is a thriving colony of around 30 nests, presently monitored and cared for by Rosalie Goldsworthy and volunteers from New Zealand and abroad. She rehabilitates sick and injured penguins. While most patients are yellow-eyed penguins, in the last seven years nine different species of penguins have been saved.

On the southernmost tip of the Moeraki Peninsula is the Katiki Point Historic Reserve. Access is via Lighthouse Road, off Tenby Street in Moeraki, a distance of about 5km. Besides the yellow-eyed penguin colony, the reserve is home to New Zealand fur seals and numerous sea birds, including little blue penguins.

To conserve all of these valuable features, all visitors are asked to stay on the tracks, 5m away from all wildlife and not to use the flash on their cameras.

All wild animals carry parasites and it is not safe to approach them. Avoid loud noises and following penguins as they make their way across the grass. Stay out of all fenced off areas.

To protect both visitors and residents at Katiki Point, the reserve is closed during the hours of darkness (when the lighthouse is operating). The island is cut off during high tide.

Katiki Point has a rich history, beginning with the establishment of a Maori village and pa. Traces of the historical terraces and food pits remain.

In 1878 the lighthouse was completed and has continued to operate until the present day. Its signal is six seconds on followed by six seconds off. It is operated remotely by Maritime New Zealand and switches on and off automatically using a light sensor.